It’s a crossbow unlike any other at its price point …

Designed for experienced and new shooters alike, the NXT 400 is equipped with the ACUdraw crank-cocking device that provides effortless cocking for hunters of all ages, and an illuminated 3x Pro-View Scope. The NXT 400 is factory sighted-in, and double-dip fluid imaged in the brand’s exclusive Peak camo. The model ships fully assembled and sells as a complete package that includes an ACUdraw cocking device, three Alpha-Nock carbon arrows, integrated string stop system, and a quiver.

Fueled by XR6-Cams and featuring Vector-Quad cable technology, the NXT bow assembly is the difference maker for this high-performance crossbow. The maximum rotation cam system powers the assembly’s 200-pound DUAL FLEX limbs producing devastating speeds of 400 feet per second with a 400-grain arrow. Meanwhile, the revolutionary Vector-Quad cable technology uses four cables (instead of the traditional two) for increased strength and stability, which translates to reduced cam lean and cable stretch.

At the bow assembly’s foundation is a lightweight CNC machined aluminum riser featuring the company’s 70/75 aircraft grade aluminum TRI-LOCK pocket system that ensures perfect alignment between the pocket and limbs for increased accuracy.

The bow assembly is mounted to a lightweight 21.5-inch machined aluminum barrel, which dramatically reduces noise, weight, and vibration. It is fitted with the company’s 3 ½ lb. auto-engaging safety T-5 trigger housed in a lightweight machined aluminum trigger box. Its weaver-style dovetail is fitted with a nylon-filament arrow retention brush that improves arrow grip and alignment to further reduce noise and vibration. An integrated string stop system is also included that fits into the end of the barrel to reduce noise and vibration.

The NXT 400 embeds its barrel and trigger assembly in the company’s lightweight Functionally Superior Bullpup™ (FSB) stock. Molded from PolyOne OnForce, the high-tech stock is built with optimal comb-height and length-of-pull, and uses strategically placed cutouts in the buttstock to reduce weight.

At $1,099, the NXT 400 features a combination of width, speed, accuracy, and built-in cocking device that is unrivaled at its price-point on the crossbow market. TenPointCrossbows.com

Or … and this is just a suggestion … you could win one for free with our: A Web of Eldritch Lightning Ignites the Sky, Arcing to the Heart of … Our Monster Giveaway!

Lub-dub, lub-dub … it’s alive! They said it couldn’t be done, but The Survive the Braindead III $13K Guns & Gear Giveaway has burst its chains, and our creation is about to be your zombie salvation. Our most awesome Halloween giveaway yet, Survive the Braindead III stars an astonishing array of five firearms–two of which are custom-coated by our own XDMAN with a one-of-a-kind zombie survival skin: APF Armory 300 PRC 24″ AR-style rifle, Magnum Research Desert Eagle Pistol  in .50 AE, Tactical Life Duty Series AR Pistol, Pioneer Arms Hellpup Pistol, and a Mossberg 590 Chainsaw tactical shotgun, as well as ammo to feed them all courtesy of Two Birds Outdoors. (Prefer your zombies in smaller bits? There’s an actual custom-coated chainsaw, too.) Just in case your zombies are attracted by sound, we have two tactical crossbows: one from Wicked Ridge, and one from Steambow. Rounding out this epic giveaway is a Burris tactical optic, a $500 gift card from CrossBreed Holsters, an AR takedown tool from AR-TT, and last (but not least), Undead Fred, your zombie target extraordinaire from Delta McKenzie.

This giveaway begins right now, and runs through midnight Central time October 31, 2022! Entering is easy and free. Just click here, provide your contact information, and get ready to survive the braindead once more!

WHAT YOU COULD WIN…

APF PRODUCTS ARE 100% MADE IN THE USA TO ENSURE THAT YOU ARE GETTING THE BEST PRODUCTS ON THE MARKET. THESE PRODUCTS ARE MANUFACTURED AND TESTED TO THE HIGHEST QUALITY STANDARDS BY THE AMERICAN WORK FORCE. 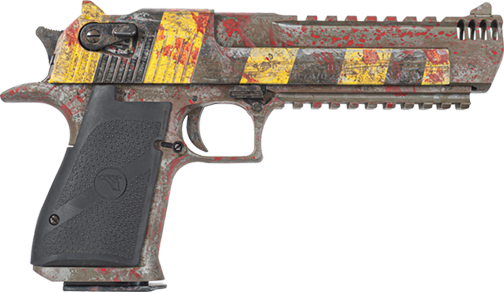 The Narrowest and Most Accurate Wicked Ridge Crossbow Ever.

An ultra-narrow 6-inches wide, the NXT 400 is designed by hunting crossbow leader TenPoint and unleashes devastating speeds at 400 feet-per-second with jaw-dropping kinetic-energy, and match-grade downrange accuracy. At 400 feet-per-second with a 400-grain arrow, the NXT 400 is the best hunting crossbow TenPoint has ever made under the Wicked Ridge name. 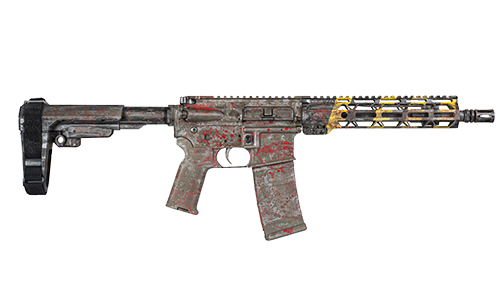 Reliability. Maneuverability. Compact Storage. When it comes to keeping your home and family safe, Mossberg and Maverick pumps can’t be beat. Ruggedly built and simple to operate, and with a pistol grip and short barrel, Cruiser models offer ease of navigation in tight and confined spaces. 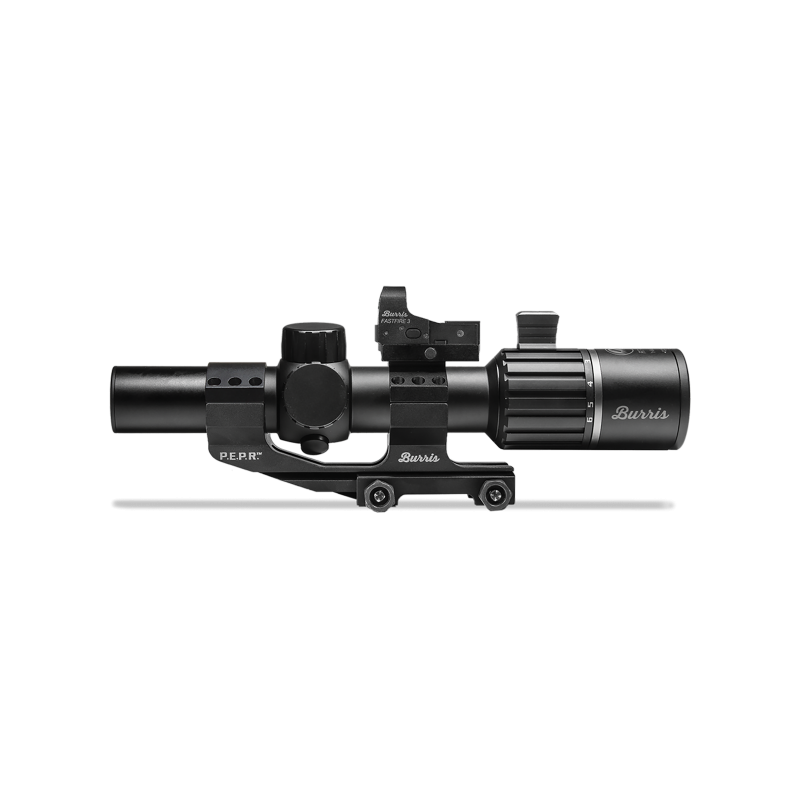 The RT-6 Tactical Kit is an RT-6 scope, FastFire 3 and P.E.P.R.™ mount. It makes for an outstanding kit for people just getting into 3-Gun or tactical shooting. The RT-6 is tearing up 3-Gun competitions everywhere, thanks to a great feature set: forgiving eye-box, compact scope length, true 1x, built-in throw levers, and great competition reticle. 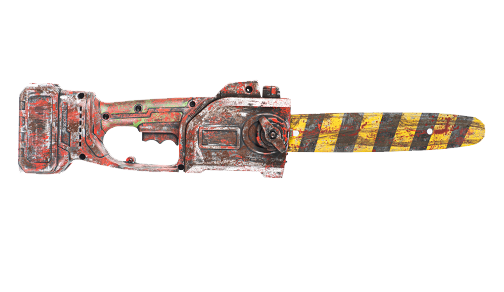 Modified and painted chainsaw. (Not in functioning condition) 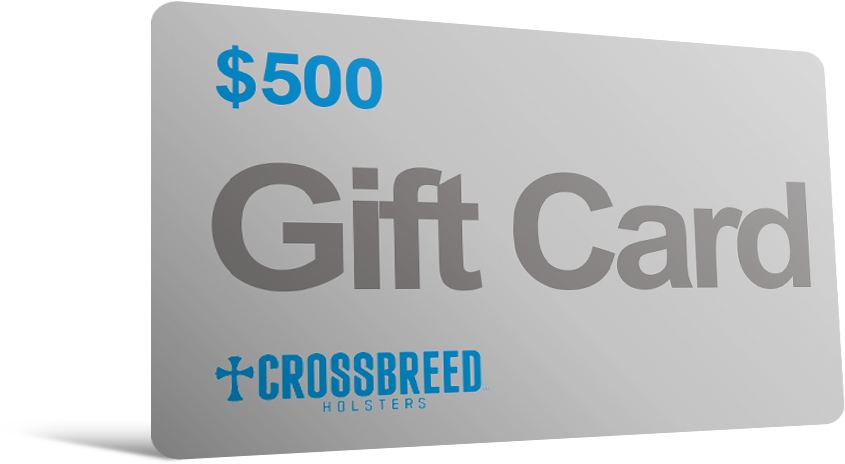 Use this gift card to go shopping at Crossbreedholsters.com 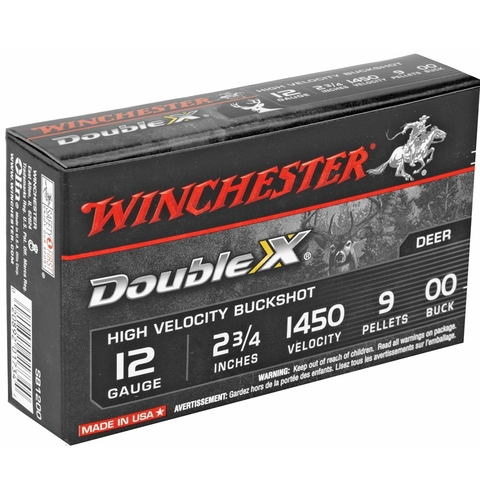 Double X Ammunition provides ultimate high-velocity, knock-down performance in the field. With copper plated hard buckshot for long-range performance, Double X has been trusted by generations of hunters who demand quality and consistency. 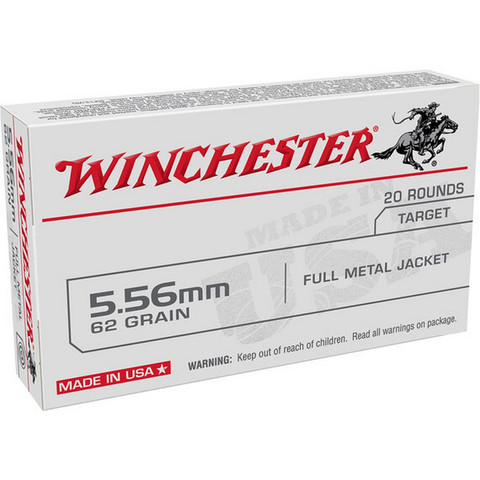 Winchester USA ammunition was developed to provide excellent performance at an affordable price for the high volume shooter. Featuring high quality Winchester components, this ammunition delivers outstanding reliability. This ammunition is loaded with a full metal jacket bullet which is known for its postive functioning and exceptional accuracy. On impact this bullet does not expand and is ideal for target shooting. This ammunition is new production, non-corrosive, in reloadable brass cases

Ultra light, very easy to handle, with an extremely fast rate of fire and more than enough power for all applications, that’s our new AR-6 Stinger II. Its performance makes it probably the best tactical crossbow in the world.

Undead Fred, a life-like zombie 3D target, is sure to be a hit with archers of all ages. This hand-sculpted target is made with self-healing FlexFoam to stand up to numerous shots with arrow stopping capability and easy arrow extraction. FlexFoam also offers a great balance of durability and economy. Add some life to your target collection with Undead Fred.

We are a company based in the PNW and have always been involved in the firearm and ammo market. We designed the AR Takedown Tool ™ specifically to eliminate the disassembly and reassembly of your AR platformed firearm. We then realized it works with MANY other guns too. We collaborated with the team at HIT tool, implementing their Hammerless Impact Technology ™ into our design, and came up with this revolutionary tool. The AR-TT, also known as the AR Takedown Tool ™, is the fast, easy, and safe way to remove your firearm pin.

Get Some! Hunting Gear From Primary Arms